Back in January, I set the audacious goal of taking 12 trips in 2016 (an idea I borrowed from Clare over at Need Another Holiday). It felt absurd for a number of reasons, including the fact that I have a full-time job with limited vacation time, and the memory of only leaving New York City four times in all of 2015. But I set the goal anyway. The guidelines I set for myself were pretty simple – if I left New York’s five boroughs, it counted – and that certainly made it easier to accomplish. As of the end of last month, I’ve taken 12 trips – and there are more to come! Here’s a look back… 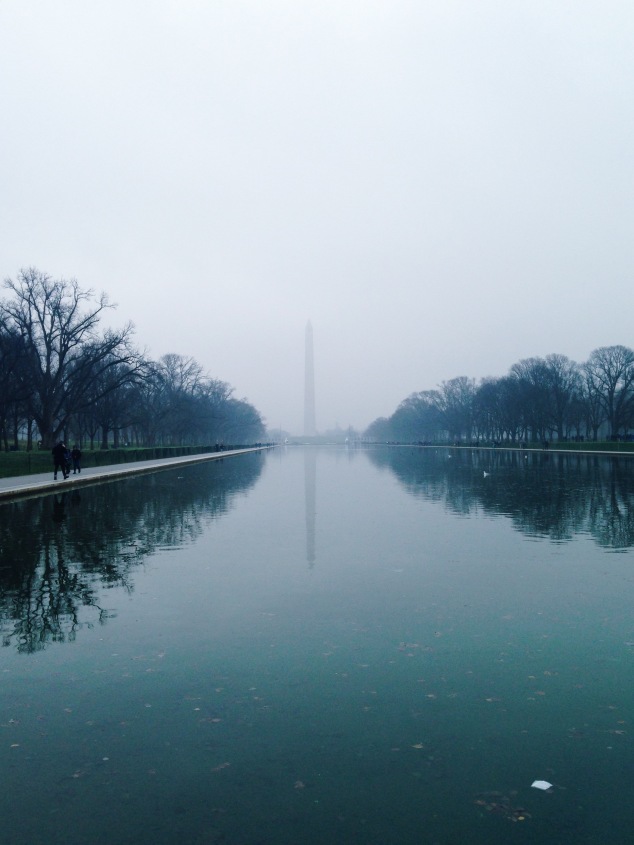 I started the year by jumping on a bus to visit my friend Courtney in her new home, and we had a great weekend hanging out, eating and sightseeing – despite the rainy weather and the fact that we both had horrible colds.

Trip number 2 came somewhat unexpectedly when I found dirt-cheap flights to Dallas on my mom’s birthday weekend. It was my first trip to see them in about a year and a half, so we had a great time shopping, visiting museums and just hanging out!

My best friend and I decided to meet up in her favorite city for once – bonus that I had never been and had always wanted to go. It definitely lived up to the hype! 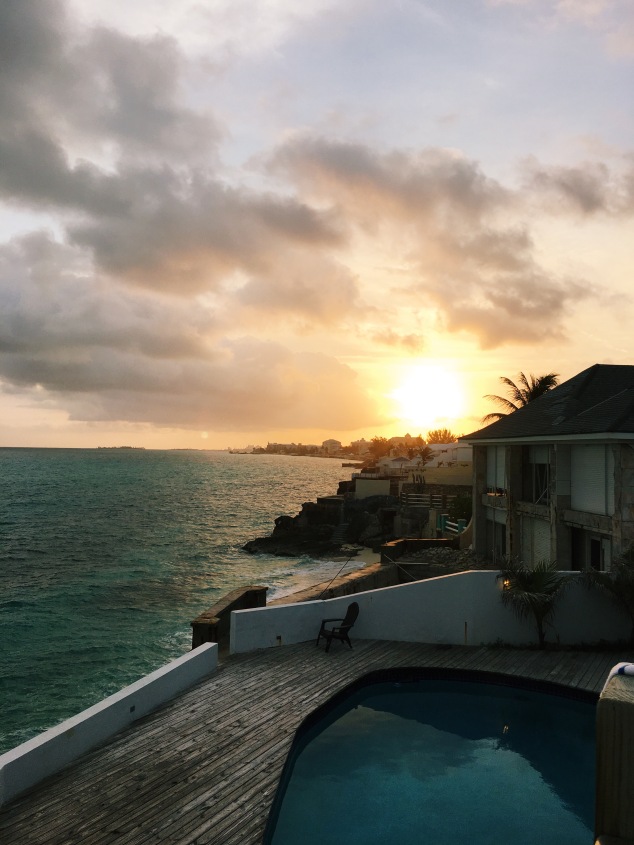 Another spontaneous long weekend away because of a cheap flight, this one motivated by the miserable New York winter.

I re-ignited an age-old tradition this year by spending a week in Arizona for MLB spring training! Bonus that I have a ton of friends and family there, and my parents joined me as well.

My friends somehow tricked me into climbing a mountain upstate, but I was well rewarded with ALL THE FOOD in Cold Spring after.

I didn’t love Philadelphia, true, but I was thrilled to take advantage of a transitional period and squeeze in an adventure! 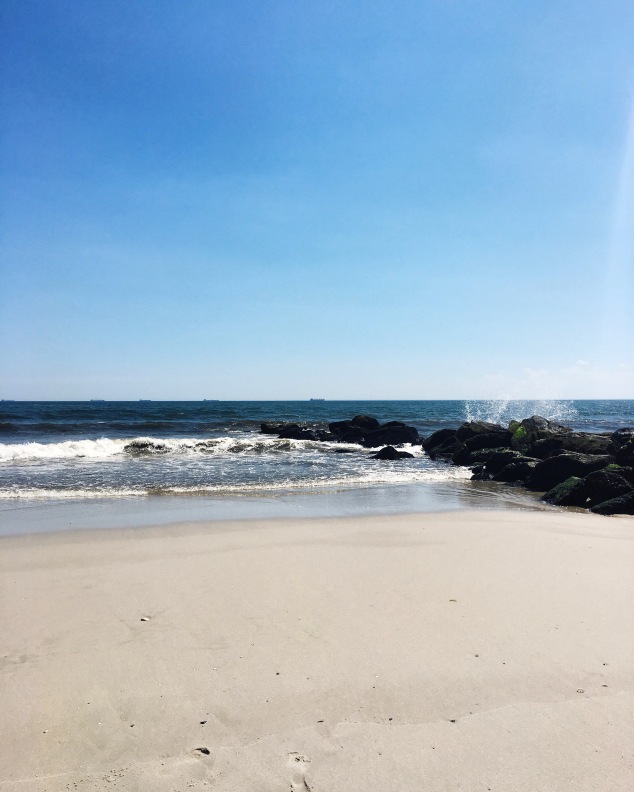 I have, as you know, become quite the professional beach bum this summer. It’s just too easy to take advantage of!

I haven’t written about Jersey City at all, because I’ve just been hanging out at my friend Ashley’s apartment, but hey – the walk through Little India is cultural and the street art is on point.

Not my favorite beach, if only because it’s so hard to get to, but hey – can’t beat a day trip.

I’m excited to see just how many trips I can cram into 12 months – I’m off to Texas again on Wednesday, and I’m thinking at least one more beach trip before summer ends. But as I’ve learned – some of the best vacations are spontaneous!

I am so excited to bring you my SECOND delightful city guide! As travel becomes a bigger part of my life I hope to bring you more tips and advice in addition to stories and pretty pictures, starting with Washington, D.C.!

Of course, the three days I spent in the District weren’t nearly enough to scratch the surface, so I brought in some reinforcements when compiling this guide: Courtney, Kathryn, Danielle and Julia are all good friends of mine whose taste I completely trust, and they all live or have lived in D.C.! I know that this guide will certainly shape my own future visits to the District, and I hope it will help you plan yours as well.

Bold indicates I have been there

Asterisks* indicate that this spot comes recommended by multiple people 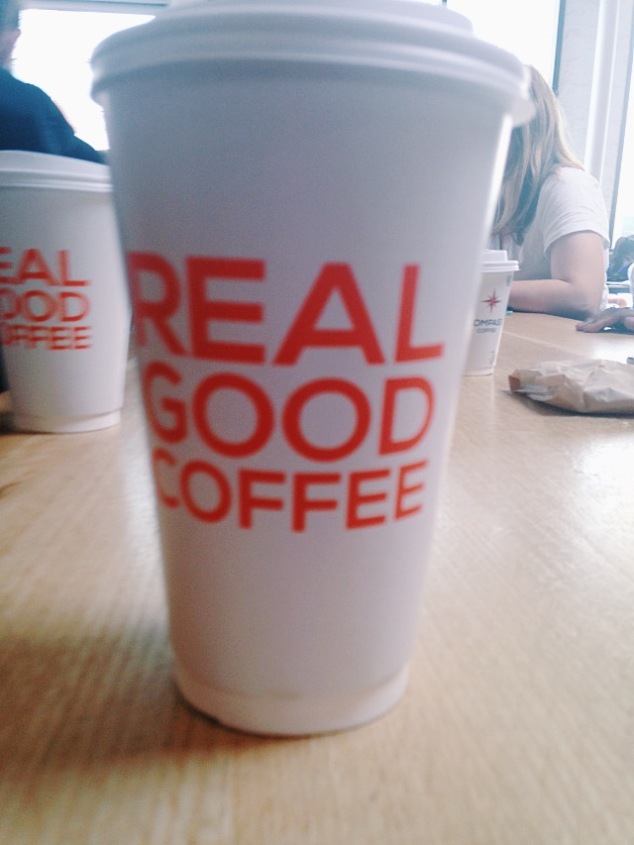 Chicken and chips at Nando’s

When I was planning my recent trip to Washington D.C., there was very little I definitely had to do or see. I’ve heard from many people – basically anyone who’s been – that there is so much ground to cover in D.C. that I’d have no chance of seeing everything in a mere three days. So aside from two requests – a nerdy journalism venture to the Newseum and a nostalgic meal at Nando’s – I decided to leave myself at the mercy of my host and good friend Courtney, who has visited D.C. countless times and moved there in November. 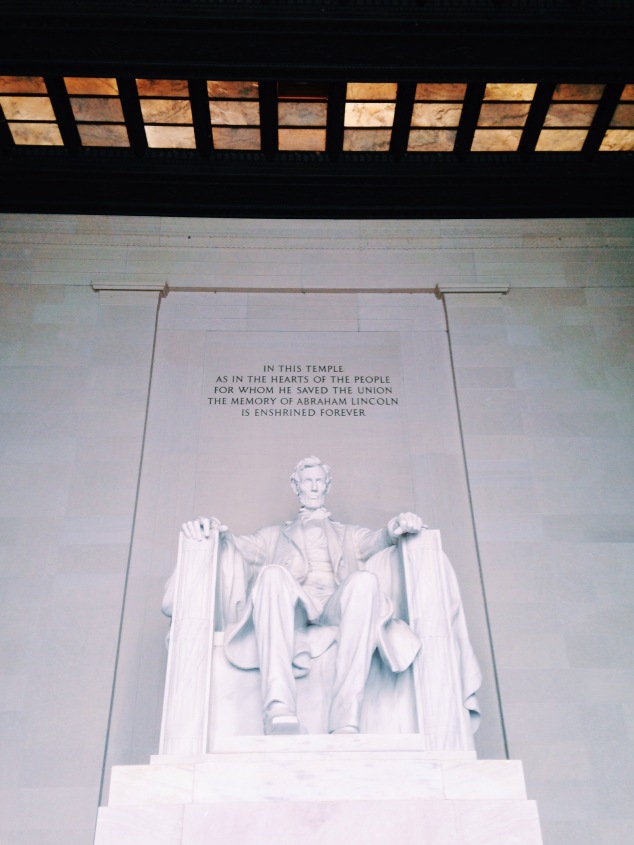 The many monuments along the National Mall were, of course, a priority. Our designated sight-seeing day turned out to be foggy and dreary (oh, east coast winters), but it was still cool to see things that I’d only ever seen in photographs. The Lincoln Memorial, especially, is so much grander in person that I could have ever imagined. I can’t wait to go back in the spring and check out the views from the back of the memorial – I’ve heard they’re incredible, but we couldn’t even see across the river last weekend. 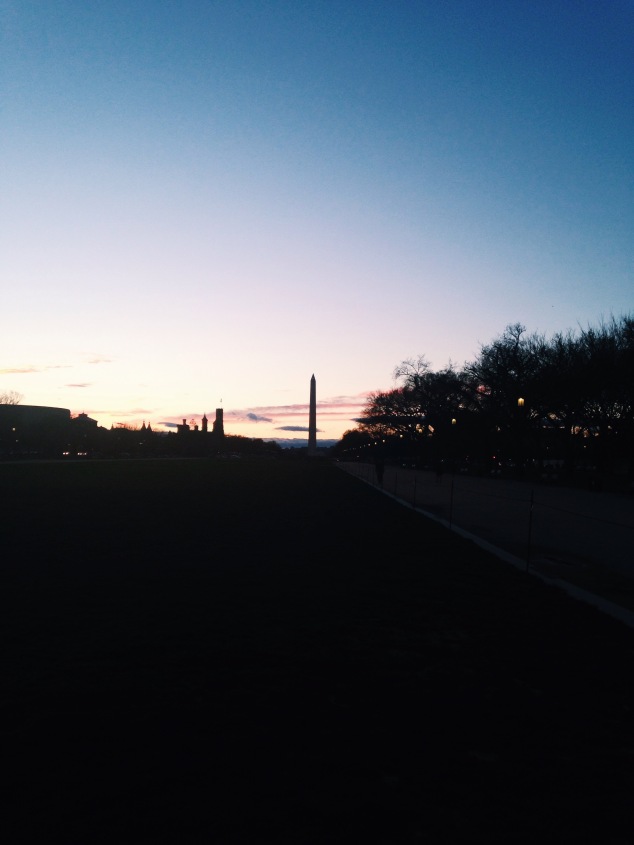 Naturally, the next day – originally forecasted as a rainy one – was mostly sunny and clear, so we went back to the Mall for sunset. 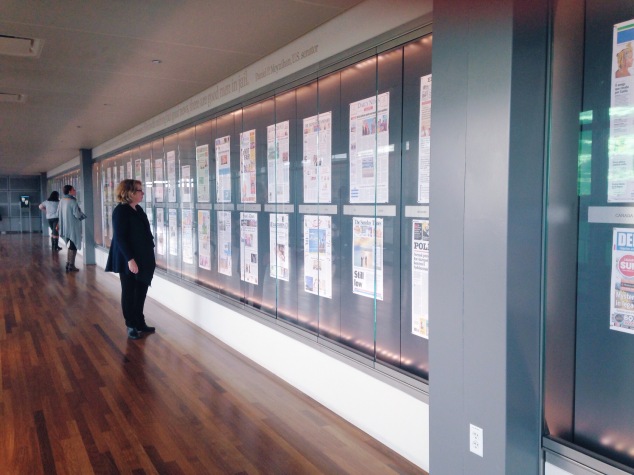 The Newseum, of course, was heaven for a nerdy writer like me. I could have spent days there, and in fact might get myself a membership next time. (It pays for itself in three visits, and I can see this being a stop every time I’m in town!) Here, all of the day’s front pages are displayed. It was a really interesting day to go, as we were smack in the middle of NFL playoffs, and it was also the day after Rolling Stone published Sean Penn’s interview with El Chapo. There was a really interesting mix of front pages! 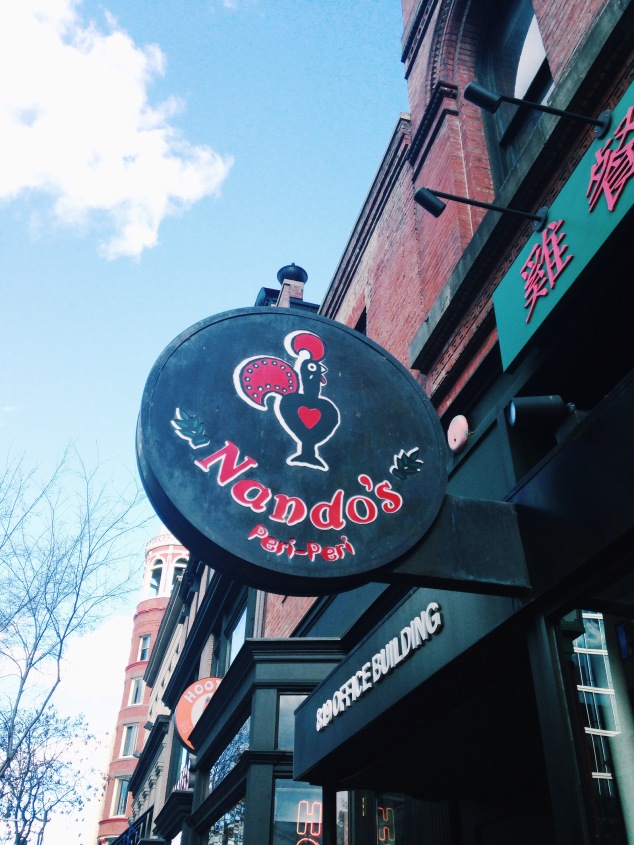 Nando’s is a chicken restaurant founded in Johannesburg, and it would be an understatement to say I became addicted when traveling in Africa last fall. Tragically, there are no locations in New York, but there are many in the D.C./Maryland/Virginia region. I dragged Courtney and her fiance here for lunch one day and was pretty much the happiest person on earth.

Thanks for having me, Courtney! And thanks to JJ for putting up with my presence on his couch all weekend. I can’t wait to come back and explore more of D.C.!

What did I miss that you think I absolutely need to see next time? For more on my Washington trip, see my video here.

You probably know by now that one of my goals for 2016 is to take 12 trips. Twelve! It sounds like so many, especially considering that I have a full-time job and a relatively tiny income for New York City. But I am determined to make it happen, and especially to show that it is possible to travel even if you have time and financial restrictions.

Last weekend, I got a jump start on my 12 trips by taking the Megabus down to Washington D.C. I am fortunate to have long weekends built into my work schedule – two every month! – and I try to take advantage of these by taking vacations without using any paid time off. I was able to leave New York early Friday morning and get back Monday afternoon, just in time to be in the office by 5 p.m. Altogether, the travel portion (transportation and accommodation) cost me $26 – because I am also fortunate that my good friend Courtney lives in the District! Traveling to visit friends and crashing on their couches is my favorite way to save money (and I also love hosting my friends in Brooklyn!)

It was my first-ever trip to D.C. and we struck the perfect balance of sightseeing (my only request was a visit to the Newseum, which happened), and catching up. Here’s a little glimpse into the excitement!

Thanks for a great weekend, Courtney! Stay tuned for photos, stories, and a delightful guide to Washington D.C.