One of my favorite things to do in a new city is to get the lay of the land by looking down from above. Nearly all cities have some way to do so – the Prudential Tower in Boston, the Eiffel Tower in Paris, the Eye in London. As much as I love it, though, I also feel it’s something I only need to do once. I’d much rather be exploring the streets than looking at them.

Which is why I’ve lived in New York City over a year and have been to Top of the Rock exactly once – as a tourist in 2008. I’ve never been up the Empire State Building, and I’m OK with that. And when I found out about One World Observatory in the World Trade Center, I mentally filed it under “that might be cool to do next time someone comes to visit.” At $32, I didn’t think I could justify the cost to visit myself on a whim.

But then I found out about the open house last week, for which they were distributing free tickets. Any twenty-something in New York will perk up at that magical word: Free. I nabbed two and my roommate and I headed into Manhattan to see what all the fuss was about.

As it turns out, we didn’t see much of anything at all. 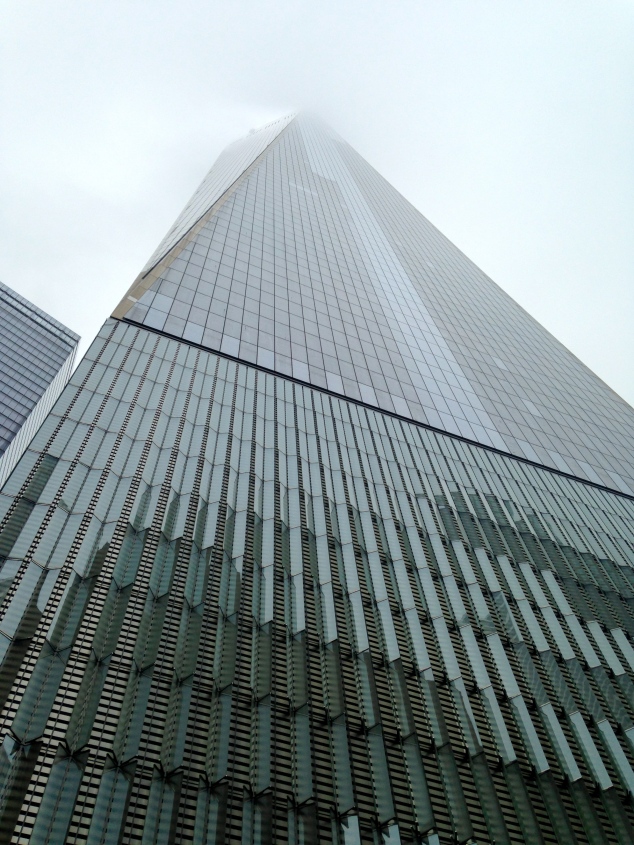 Yep, it was a foggy day. It was hilarious, actually. We got up to the 102nd floor and watched a short, inspirational video, and as the screen lifted and the narrator boomed “SEE FOREVER,” unveiling what I assume is, on a nicer day, a spectacular view, we were pretty much looking at a white wall.

We explored anyway. The observatory is three levels – you start on 102 and work your way down to 100. There are some pretty cool features, including a restaurant on 101. It wasn’t open that day, but I imagine it’s a pretty great place to enjoy dinner or just a glass of wine. 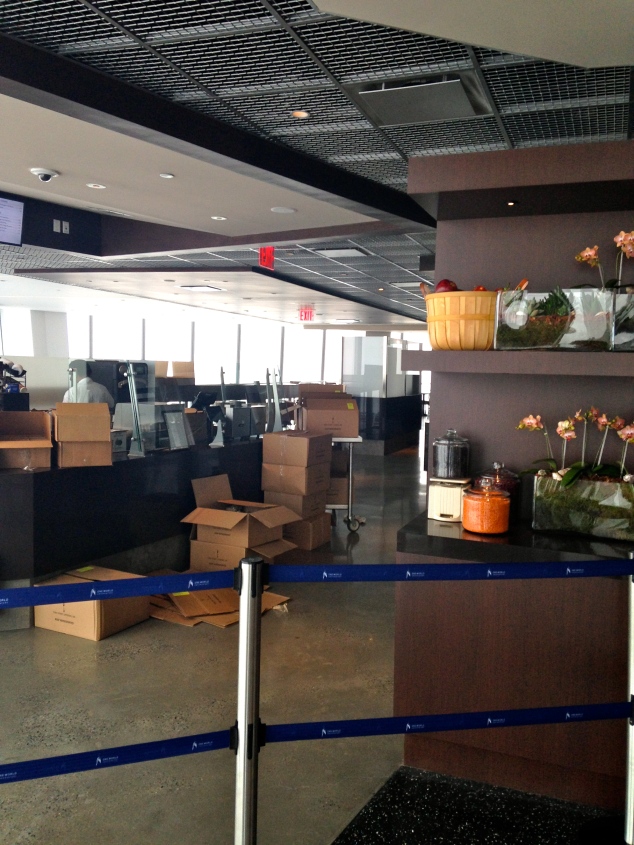 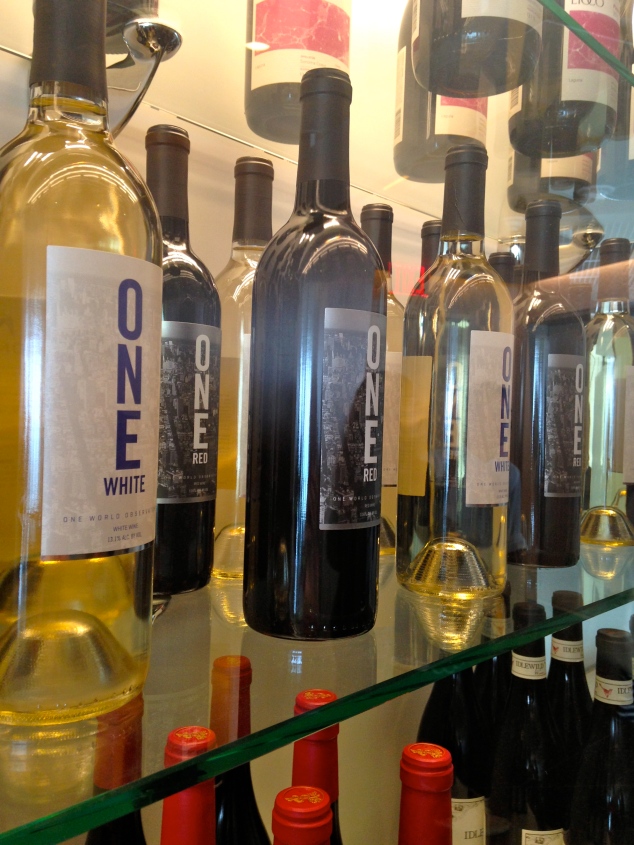 There’s also the sky portal, which according to the website, is “a 14-foot wide circular disc that delivers an unforgettable view, using real-time, high-definition footage of the streets below.” Pretty cool without being terrifying. 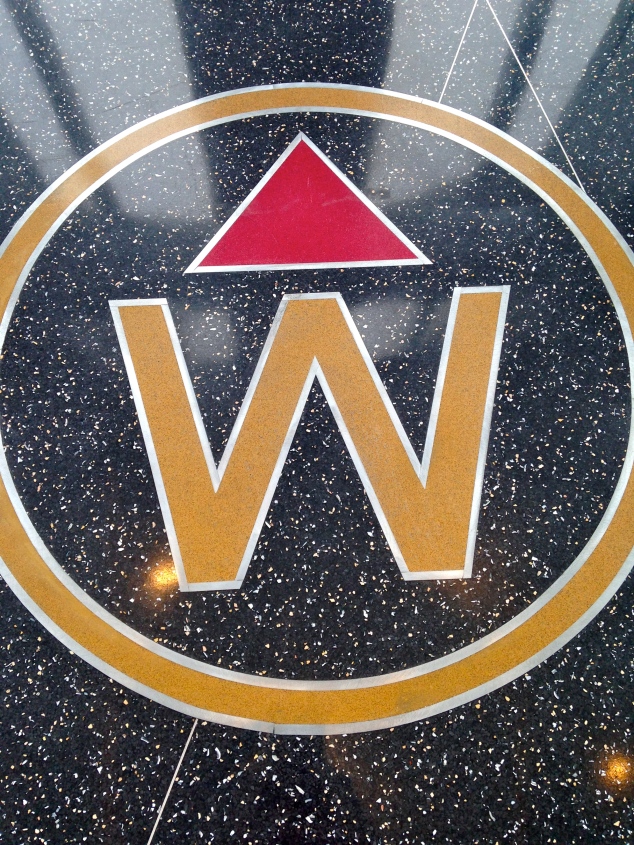 All four cardinal directions are on the ground so you know which way you’re facing. It was actually really helpful even though I know the city, since I couldn’t see squat through the fog!

Above is another view of the sky portal, with the restaurant above.

Eventually the fog cleared up enough that we could see some things that were close by. Please excuse the poor, reflective quality of the photos below! 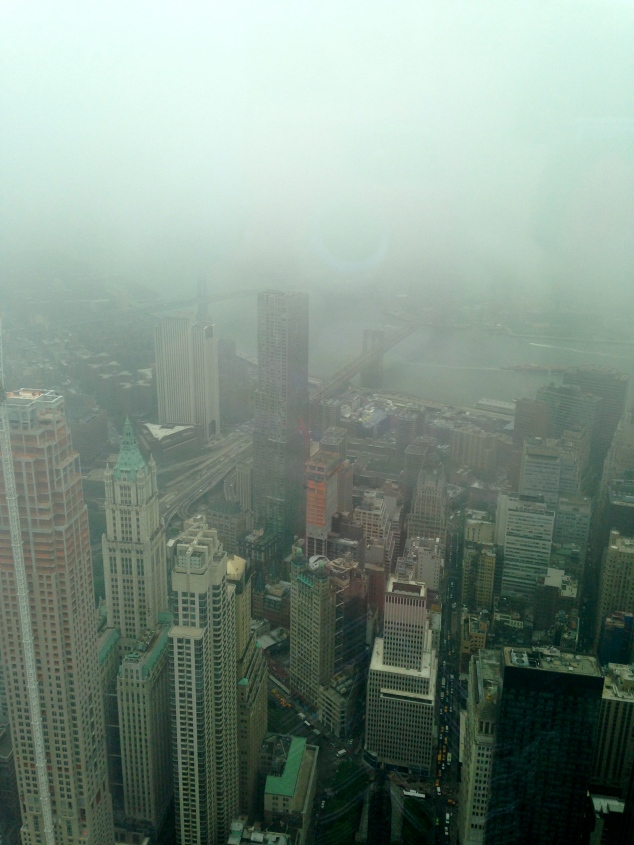 All in all, it was a great experience. Before going upstairs, you also walk through a small museum describing how the building was built, and hear from some of the engineers who worked on it. The elevators also feature a timelapse of the NYC skyline.

This little teaser of One World Observatory definitely promoted it in my mental filing cabinet to “Must return on a clear day!” I’ve been instructed by my parents to wait until they come to visit, hopefully this fall. I highly recommend it to any tourists visiting NYC! I’m not sure how far off you have to book, but I’d suggest waiting for a weather forecast if possible and choosing a sunny day. Otherwise, book for the afternoon! I got us morning tickets assuming the crowds would be lighter (you enter at a specific time but are not limited in how long you stay at the top), but obviously I’d have preferred a better view with more people.

Would you visit One World Observatory? Have you?

9 thoughts on “One World Observatory”