“Most people don’t know this but…”

I’m taking some liberty with this one. Anyone who’s known me for more than six months knows this. But I’m new to the blogging community, and I’m new to New York, so this post is more for them.

I turned this prompt over to my sister for ideas and she rattled off some inside jokes that would make no sense to any of you, such as, “… my middle name is Penelope.” (My middle name is not Penelope.) BUT these remarks did make me laugh and inspire my true response:

“… my little sister is my best friend.”

With Ally before our high school’s homecoming game in 2013, her senior year.

Seriously. Ally is 7 years younger than me – she’s 18 and just started college at Texas State. She was barely 12 the last time we lived together for an extended time. So many people I know have drifted away from their siblings, especially those much older or much younger than them. But Ally and I (and our brother, Steve) have only gotten closer over the years.

This girl is about twelve times smarter than I am. She’s good at (and likes!) science, which just completely baffles this liberal-arts girl. She has a big ol’ heart for her friends, her dog, and her family. She celebrates her personal struggles as she fights to overcome them because she knows they make her who she is. I want to be like Ally when I grow up.

I talk to this girl every day. In 30 seconds we can go from talking about her upcoming biology exam, to analyzing a video of Ellen DeGeneres and Kristen Wiig singing Let It Go, to sending selfies of new clothes (all things that happened Monday). I once told her I wanted to be a unicorn (I believe this conversation was my last semester of college, which should explain everything), and she sent me this: 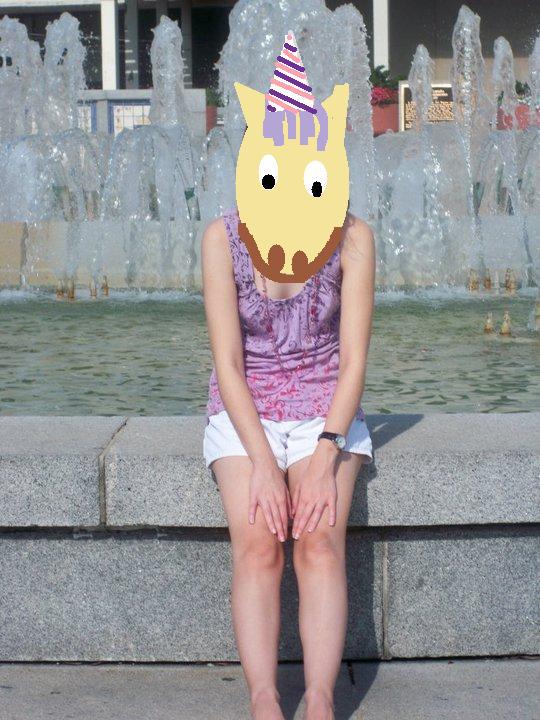 That is me, as a unicorn, in New Orleans.

Ally reads this blog “multiple times a day,” I learned today, which explains why I have three times as many page views as I do visitors. Basically, I hijacked the Blogtember prompt to brag about my sister. Worth it.