From a young age, I was taught to root for Cleveland teams. I have a clear memory of being furious when my parents went to a World Series baseball game without me. (I was five, and watched the entire game on TV. Shoutout to my baby-sitter for letting me get away with that.)

I was also taught to root against New York teams, thanks to my grandfather being from Boston. That made it a teensy bit awkward when I, you know, moved to New York.

Somehow, after a childhood of MLB games, two years of dating a hardcore NHL fan in college, and even going to a Dallas Cowboys game as a teenager (they were playing the Browns, of course), I had never made it to a professional basketball game. Making the situation even more unbelievable was the fact that for seven years I had lived within walking distance of an arena – The Talking Stick Resort Arena in Phoenix and the Barclays Center here in Brooklyn.

“Go to an NBA game” has appeared on several goal lists of mine over the years (including the first day of fall last year) and after over a year of listening to me talk about it, my best friend Emmie (not a sports fan) offered to go with me if I would just shut up and buy tickets already.

Last week, pre-blizzard, we headed to Barclays to watch the Brooklyn Nets take on the Utah Jazz (or, uh, to watch the Jazz completely destroy the Nets). Did I feel like I was betraying my roots as a Boston sports fan? Eh. Not as much as if I had been at a Knicks game. But now that you mention it, Madison Square Garden sure does look like fun… 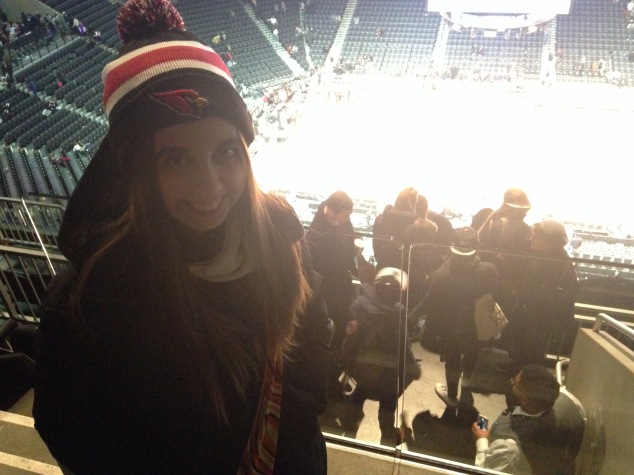 One thought on “My first NBA game”