As you all know, last week on Thanksgiving I ventured solo to the Upper West Side to watch the Macy’s Thanksgiving Day Parade live and in person. I’m so excited to share that experience with you all! As my (British) boss observed, “The parade just seems so… bizarre.” I suppose that’s true without context, but as someone who grew up watching it every year on NBC – seeing the parade in person was an incredible experience. 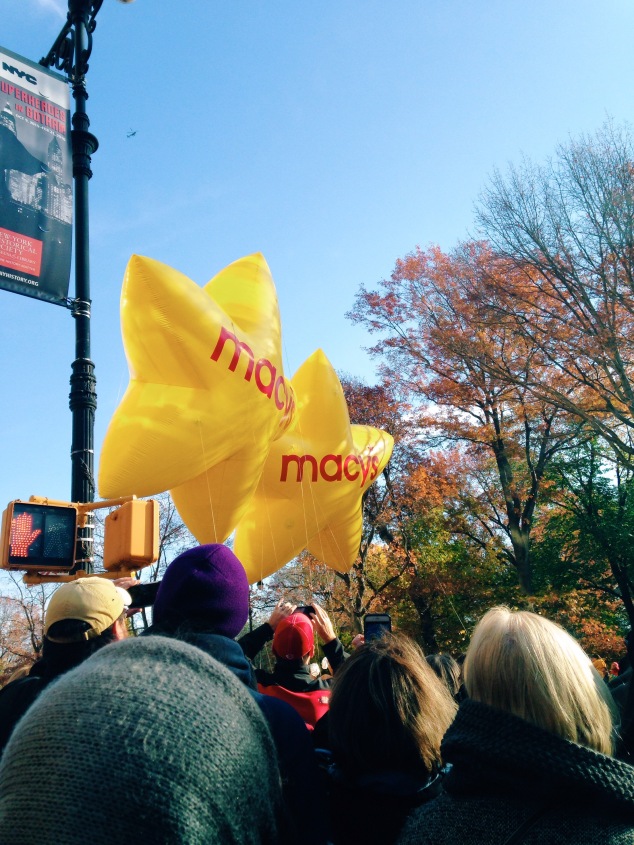 I made it to 71st Street and Central Park West around 6:45 a.m. and staked out a halfway-decent spot – so many people were already packed in! I was able to see all of the balloons and most of the floats, which is really what the parade is all about. I lucked out with good weather – temperatures in the 50s! – but my feet were numb by the end anyway (I suppose five hours of standing in one spot will do that!) Final verdict: It was worth it, but never again, and certainly never in colder (read: typical) weather.

Here are some of the highlights! 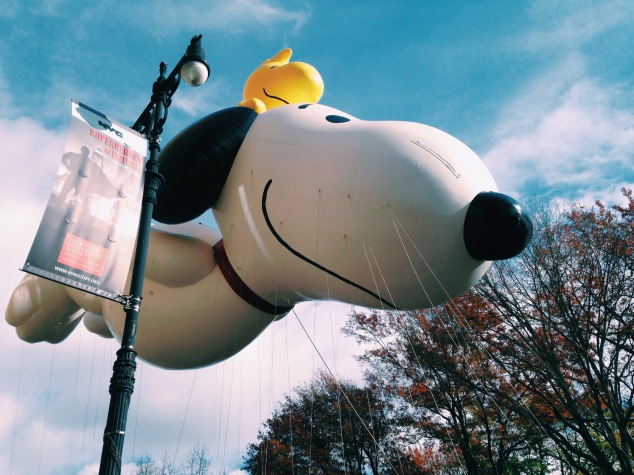 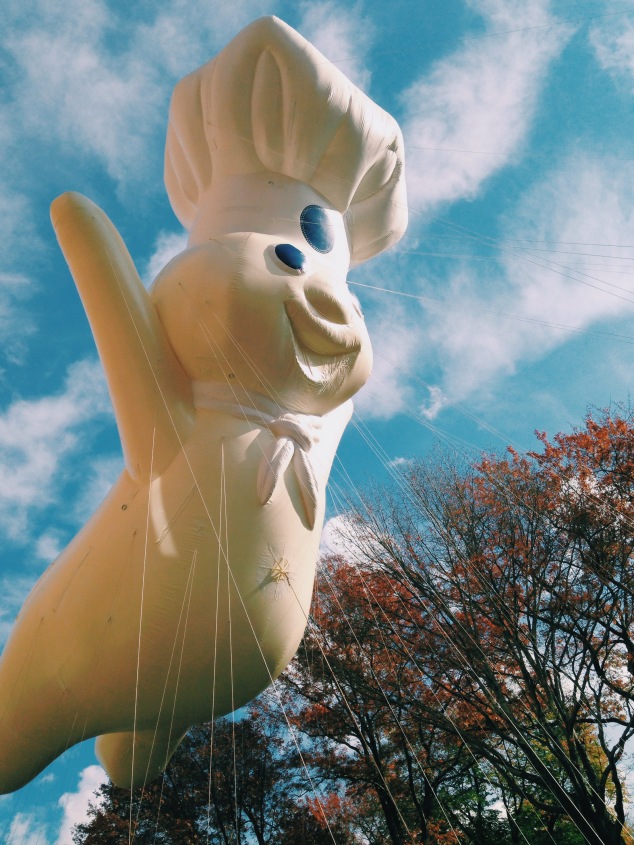 The Pillsbury Doughboy – this was my favorite balloon but I heard people say it looks like a serial killer?! 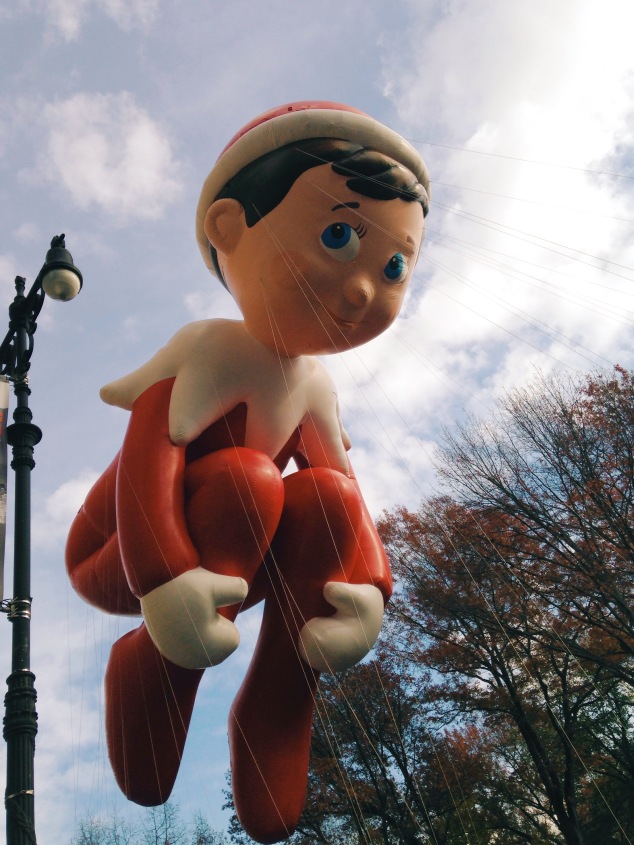 Elf on the Shelf, which if you ask me is the real serial killer… 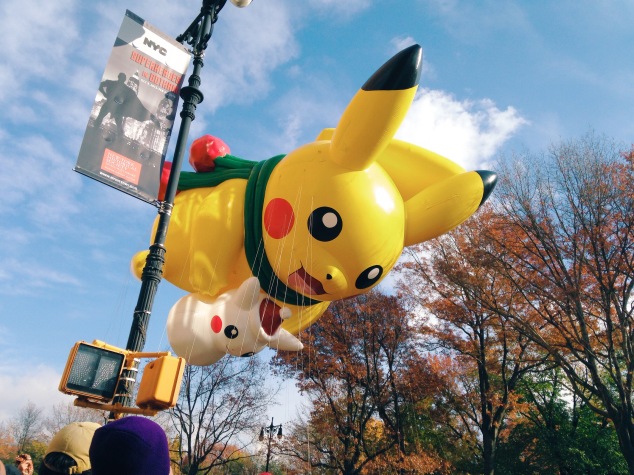 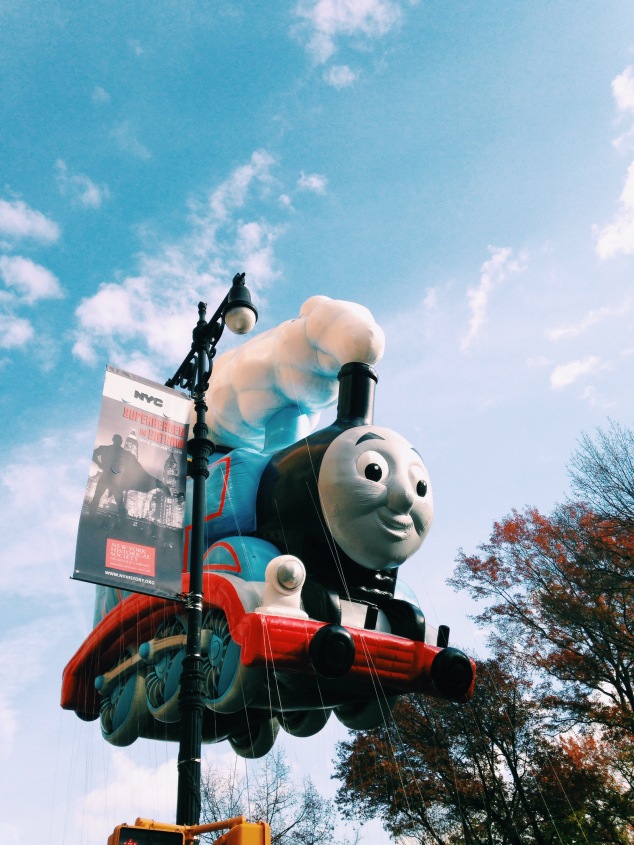 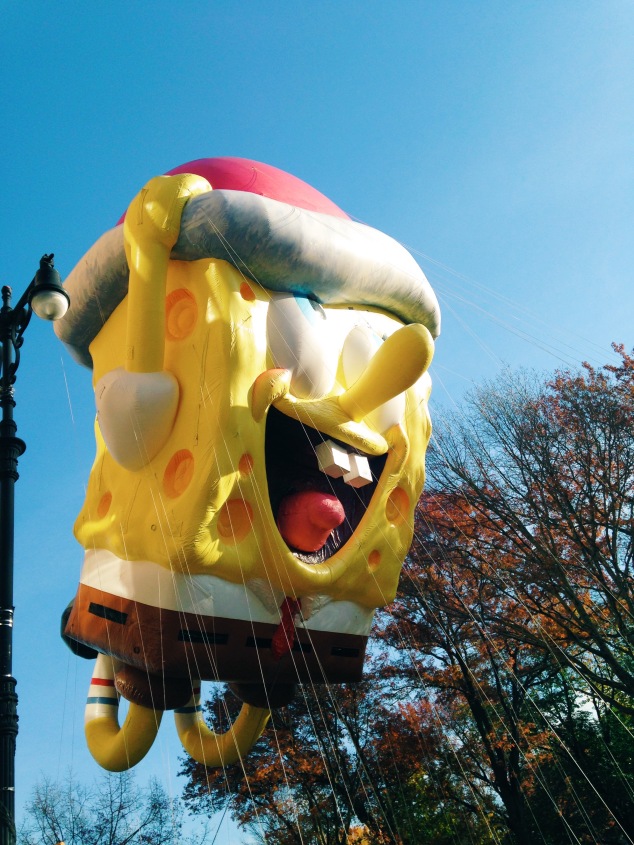 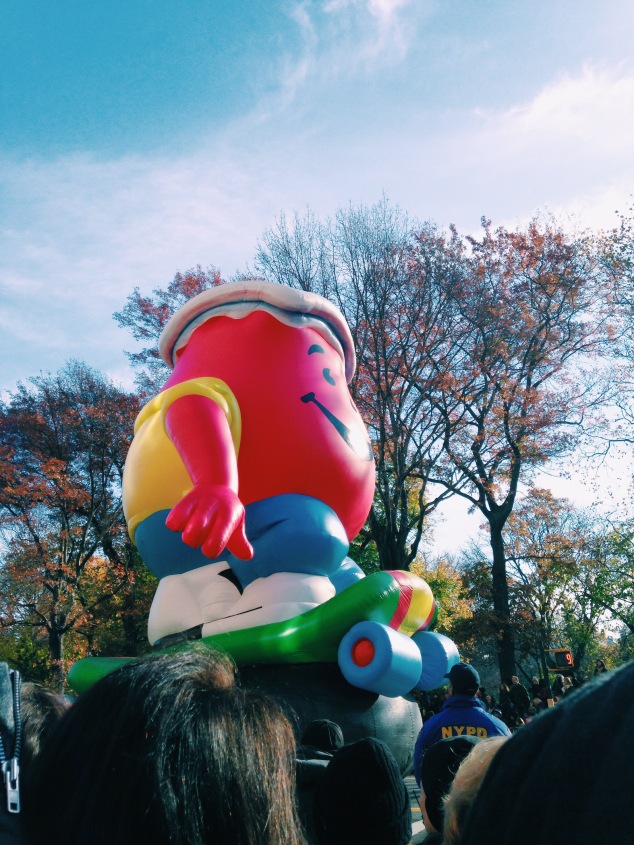 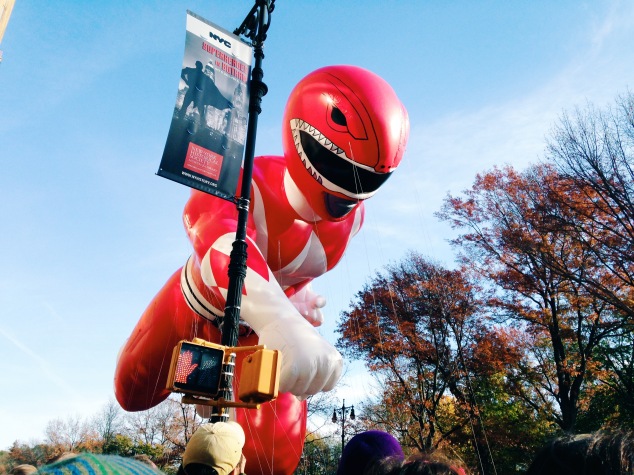 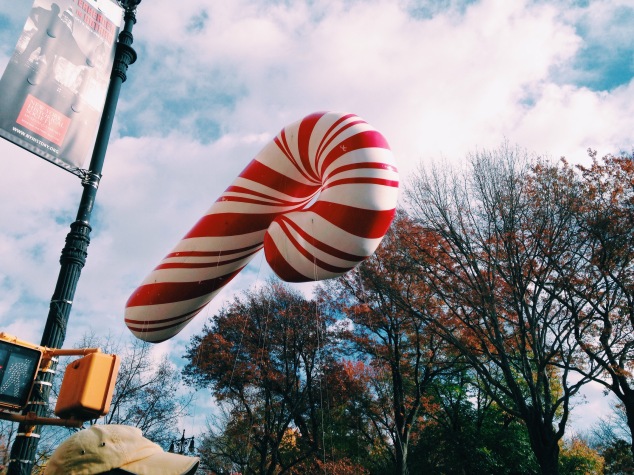 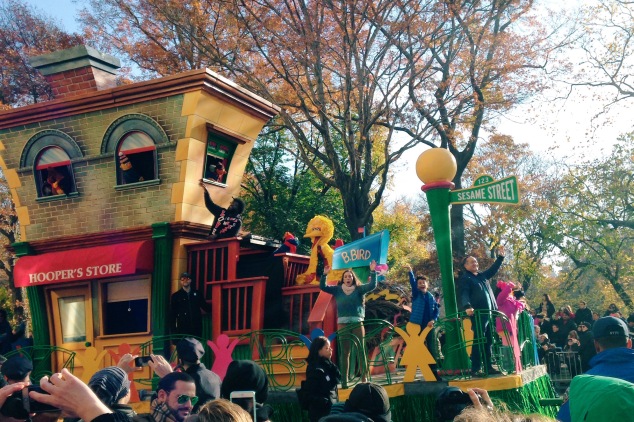 Sesame Street, but really I took this picture because of Questlove 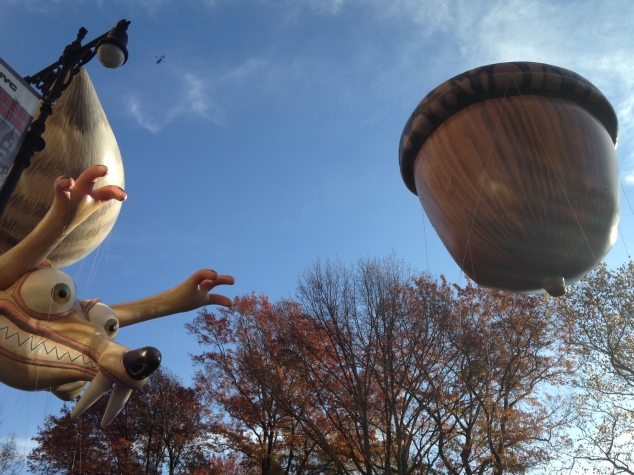 The parade always ends with a string of Christmas floats, and Santa Claus wraps it all up (pun intended). Santa was always my very favorite part, and so I was giddy as he got closer and closer! 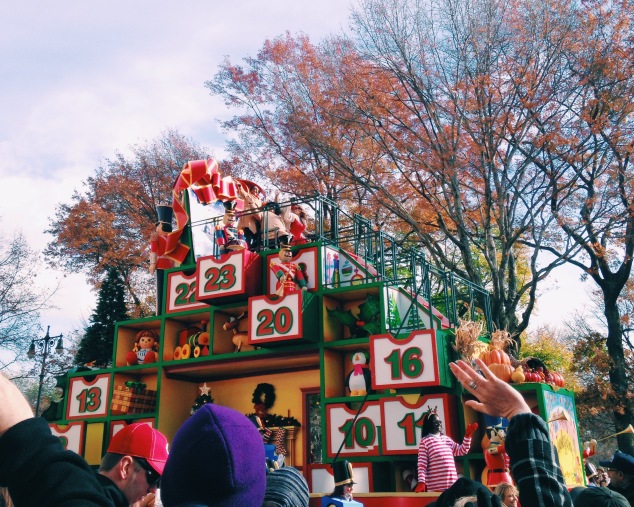 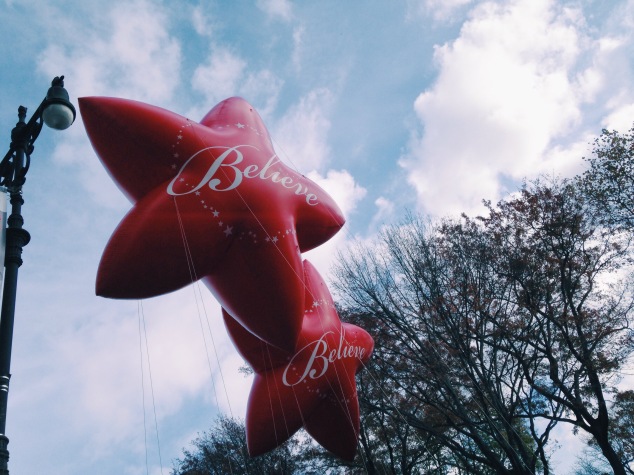 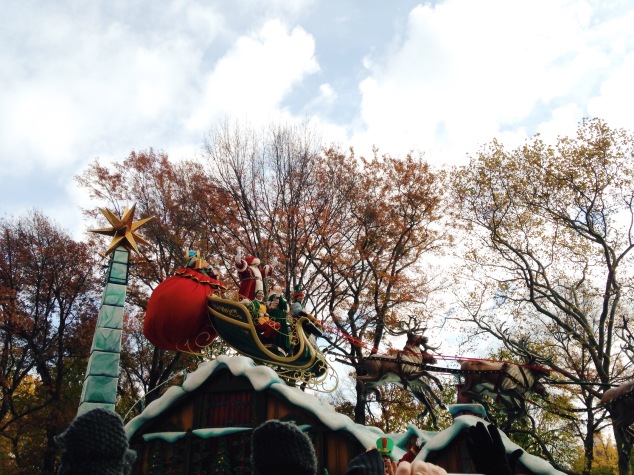 And with that, it was officially the holiday season! I grabbed a bagel, went back to Brooklyn for a nap, and then was off to dinner. I hope you all had just as wonderful a Thanksgiving as I did!

What’s your favorite part of the Thanksgiving Day Parade? Or do you just find it all bizarre?