Several months ago, I was sitting in a froyo shop with the ladies of my summer church community group. We went around and each listed three things we wanted to accomplish over the coming months – What were the quintessentially summer things that we couldn’t imagine our season without?

I rattled off the first three things that came to mind, giving no thought to how realistic they were or whether I would do all (or any!) of them. But I’m pleased to report that as of last weekend, I’ve checked everything off! And just in time for fall no less.

Here’s a glimpse of my first summer in the Big Apple: 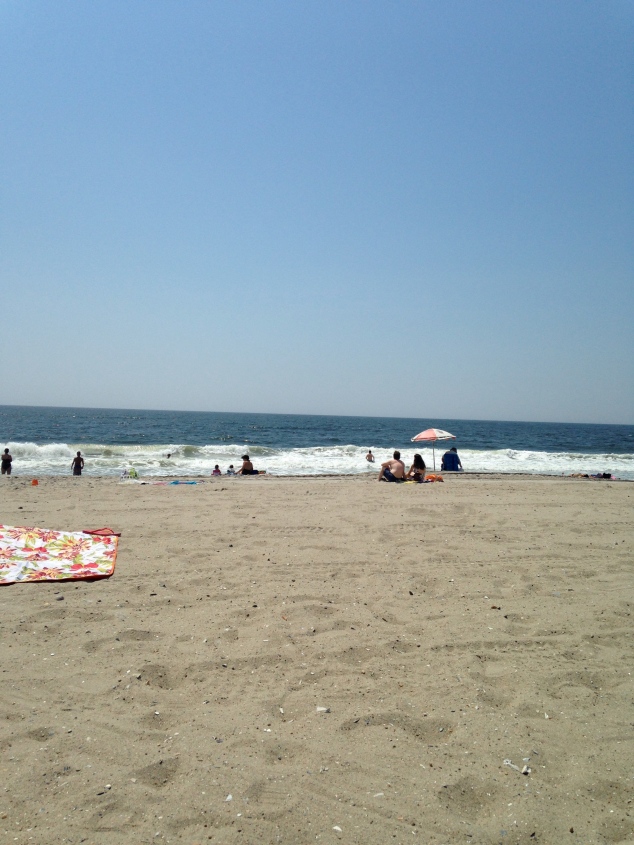 Over the past six years living in Phoenix, I became something of a beach bum. My default vacation spot was Los Angeles, and by the time I left the Southwest I was spending two to three weekends a year in Malibu and Santa Monica. So when I decided to move to New York, I was excited at the prospect of beaches close enough for day trips!

One day in July, when I had a random Monday off from work, I loaded up my tote bag, hopped on the A train and made my way to the Rockaways. It’s no Malibu, but with sand and sun only an hour away – who am I to complain? I had an incredibly relaxing day reading in the sand, and the best part was grabbing fish tacos at Rockaway Taco. 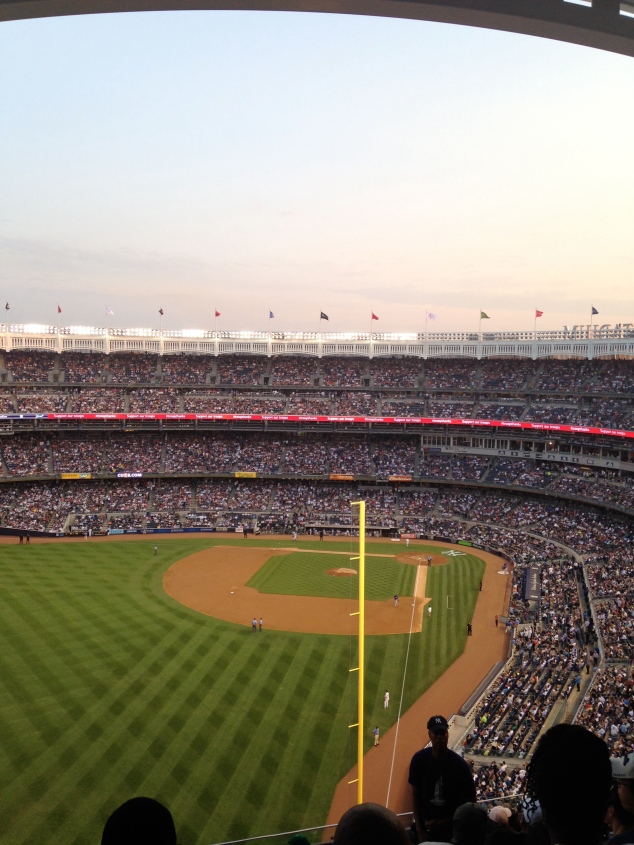 Baseball is in my blood. My grandparents are huge fans, my parents are huge fans, and the obsession was passed right along to my generation as well. I’m a fan of the Rangers, the Indians and the Diamondbacks, but I’ll gladly go to any game – whether it’s at the end of the regular season or during spring training. With two teams right here in NYC, I knew I had no excuse!

I actually made it to two MLB games this summer – I saw my Rangers play (and beat!) the Yankees at Yankee Stadium in the Bronx, and then I saw the Yankees again in Toronto last weekend against the Blue Jays. The Yankees lost both of those games, and as a girl raised with a Boston allegiance (I’ve never been, but my grandfather is from there!), that’s pretty much an ideal outcome. Paired with great friends, perfect weather and a beer – that’s my ideal summer day.

Scenes from the drive to Toronto, August 2014

This is the item I wasn’t sure I’d be able to check off, having sold my car when I moved to the city in March. But lo and behold, after returning from Europe in May, friends from that trip immediately started planning a reunion in Toronto. And a group from NYC was driving up and it was over a weekend I had off from work! So last Saturday I jumped in a car with my friends Taylor and AJ and drove 10 hours each way for a chance to spend a day and a half with wonderful friends in a new city. It was totally worth it. To me there’s nothing better than eating junk food, blasting the music and cruising through the countryside.

Knowing that I accomplished these things has made me less reluctant to see summer end and more excited to welcome fall! This will be my first true fall since I was about 11 – so you tell me, what are the things I can’t just need to do?