Fact that could get me eaten alive here in NYC: I’m a Red Sox fan. My grandfather is from Boston, so we kids were raised to cheer for the Sox and (perhaps more importantly) against the Yankees. So when I went to Boston, I knew that hitting up a game at Fenway Park was a priority – I even chose my travel dates to correspond with some home games against the Orioles.

I knew that Fenway would be cool. It’s the oldest ballpark in America, having opened in 1912. (I watched the centennial celebration 3 years ago and might have been super emotional about it). Honestly though, I was blown away. Though it’s obviously been renovated over the years, Fenway truly retains a vintage feel. I may as well have been at a game back in the early years. 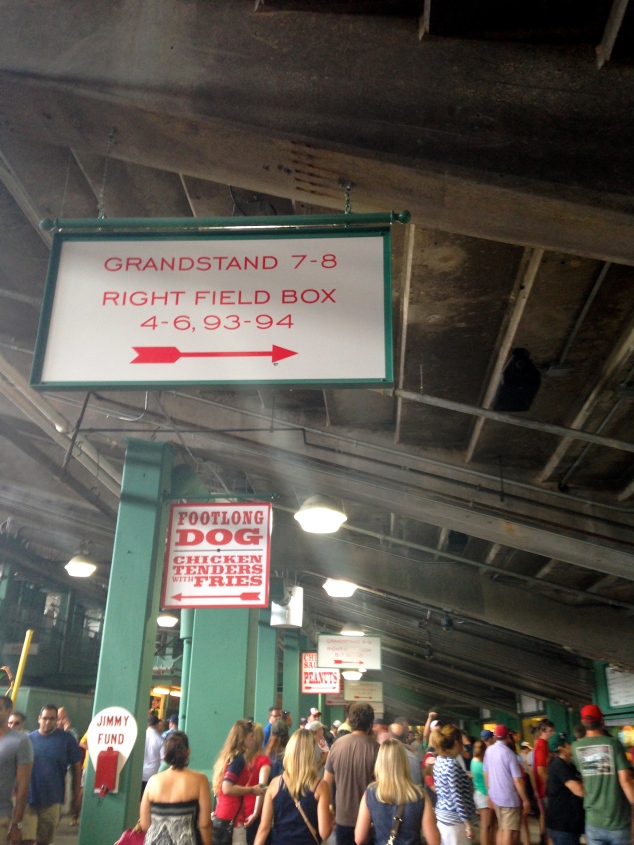 Other favorite things about the park: Part of the ticketed area is outside, so the bars and shops on that street are ticket-holders only. My seat (grandstand 8!) was in the shade. SAM ADAMS SUMMER ALE ON TAP.

Things that could have been better: the Red Sox. Seriously terrible this season. Guess I’ll just have to go back and see them win sometime!

4 thoughts on “A Red Sox game at Fenway Park”